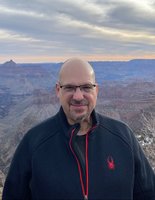 On Thursday, February 18, 2021, Theodore (Theo) Peter Chiari lost his two-year battle against pancreatic cancer at the too-young age of 56. Theo was born on June 28, 1964, in Endicott, NY; the eldest child of Theodore and Mary Ann (Miller) Chiari. Theo graduated from South Burlington High School in 1982. He majored in German Studies at the Universität Konstanz in Germany and the University of Vermont, from which he graduated in 1989. In 1990, Theo moved to Oregon, where he met his future wife, Michelle Xie. They were married in Tigard, OR in 1996 and had two children, Isabella and Dominic. Theo worked as an engineer first at Wacker from 1993 to 1998 and then at Wafertech from 1998 to 2015. In 2014, he and Michelle opened Canton Pearl Restaurant in Portland, which they operated together until 2020. An avid traveler, Theo, and his family traveled twice to China and twice to Iceland in the last five years. He and Michelle also spent a month driving cross country to Vermont this past spring. Theo loved good food and drink and he always saw the best in everyone. Theo was predeceased by his father in 1995. He is survived by his wife and two children, his mother, two brothers (Tom Chiari of Braintree, MA and Bill Chiari of South Hero, VT), one sister (Amy Johnston of Arlington, MA), and numerous nieces, nephews, and friends. A funeral service will be held on Saturday, March 6th at St. Anthony’s Church in Tigard, OR at 11:00 am PST. The service will be live-streamed for those who cannot be there in person. The burial will follow immediately at Skyline Memorial Gardens Cemetery in Portland. Flowers may be sent to St. Anthony’s Catholic Church at 9905 SW McKenzie St, Tigard, OR 97223. Donations in lieu of flowers can be made to the National Pancreatic Cancer Foundation.